At the beginning of the Albariño Festival nobody could imagine the importance and repercussion that this would have for the development of the municipality and for the promotion of the thriving wine sector. Cambados was growing with this celebration and Cambodians and Cambodians feel identified with it. They owe a lot to the wine and the party, that’s why Cambados is currently known, nationally and internationally, as Villa del Albariño.

The history of the Albariño Festival begins in the 50s, when a meeting of friends, including Bernardino Quintanilla, Ernesto Zárate, Manuel Silva, José Rodiño and Francisco Fernández Aguiño, the first, owner of a small vineyard in Tragove challenged landowner Zárate, owner of a large plantation in Padrenda, to check which was the best albariño. They agreed to hold a contest in which each grower presented his wine to prove who had the best.

The first dinner-contest was held privately, in 1953, on the estate of Ángel Botana Gómez. Nine bodegueros were presented, and half a hundred of Albariñenses constituted with solemnity the jury of the first Cata Prima, which selects the wines that deserve to be classified to overcome the rigor of the tasting jury, where José Rodiño Oubiña was awarded, who, with a magnificent Albariño from the Carballás estate, surprised its competitors. The following year Zarate won the victory, as in the next two calls, always with Quintanilla second.

During the first years, the party was celebrated in the estate of the house of Ángel Botana, political son of D. Ramón Cabanillas. The party welcomed more and more followers and the Botana farm was small so it was decided to move the celebration first to the gardens of the Pazo de Ulloa and later to the pazo de Bazán, today Parador Nacional del Albariño, to settle permanently from the 2005 in the gardens of the pazo Torrado. 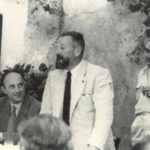 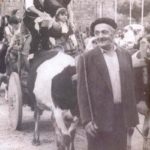 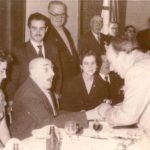 At first, the party coincided with the pilgrimage of A Pastora, but in the 60s it was decided to move it to the first Sunday of August, because at the end of the month it used to be bad weather. The mayors collaborated in a private capacity, because the contest was a meal of friends where writers and intellectuals extolled the qualities of wine.

In the decade of the 60s, the party left the private sphere and was opened to the participation of the people, producing then a renewal with parades of cars, public tastings in A Calzada and proclamation in Fefiñáns, in addition to the festivals, sports and folklore in general.

The programming is expanding and the sport begins to have importance in the party. Since 1970 the Albariño Cycling Trophy has been celebrated, other disciplines such as football, canoeing, basketball or the traditional key will be incorporated in successive editions along with the tasters contest, the international folkloric festival and later other activities such as the days techniques, the Galician Dance festival and the chess tournament.

In 1977, the Festival of Tourist Interest was declared for the first time, on the occasion of its Silver Anniversary, a declaration ratified in September 1990 when it was granted the title of Fiesta of National Tourist Interest, in accordance with the requirements of the new law. .

In the decade of the nineties the Anthem of the Albariño was born, composed by Xosé Lois Foxo, director of the Real Banda de la Diputación de Ourense. The Albariño supporters fill the streets with color during the big week, with their t-shirts, which leave their sarcastic stamp with slogans about the wine and the party.

In 1996, Cambados joined Acevín (Spanish Association of Wine Cities) and Recevín (its European equivalent). In the same year, the Wine Route was inaugurated, now consolidated as one of the most visited routes by those who come to our town.

The festival benefits Cambados in an extraordinary way, as personalities from all areas of public life, people from the world of culture, artists, intellectuals and journalists come together, which give it great prestige and widespread dissemination. translates into major improvements for the Villa del Albariño. 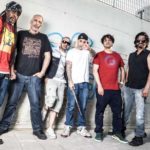 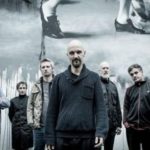 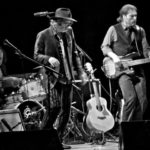 According to Plácido Castro wrote “There is no such marked day in the Galician year, in the purely human terrain, as the Albariño Festival in Cambados”.

It could be said that the Albariño Festival is a great party that contains many parties. Besides a play on words, it is a reality that is felt in every corner. For a week, the streets and squares of Cambados travel to the country of the senses and are visited by thousands of people attracted by the aroma, taste and color of Albariño.

Currently, this festival is considered the most important event in Spain dedicated to wine, and without a doubt its contribution has been fundamental when Cambados has achieved the title of “European Wine City 2017”. In 2018, the Albariño Festival was recognized as a festival of International Tourist Interest. 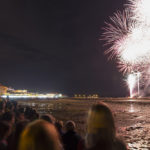 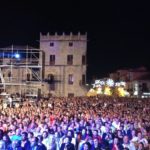 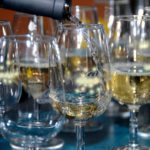 Contact Disabled by Owner
Plan My Route
Get Directions
Turn-by-turn navigation
Your browser does not support geolocation
Could not determine your location, check if geolocation is enabled for this site
Start address is missing, please fill start address or use geolocation
Destination address is missing, please fill destination address
No route to this destination, change the travel mode or use another start address
Can't find the address you entered
There was an error during the request. Try again later or contact administrator
Tweet