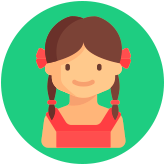 Area of women and equality

Gender violence is the most cruel and inhuman manifestation of the inequality between men and women, and it affects women regardless of the social, cultural and economic level of the people who exercise it and who suffer it.

Inequality is present in many areas throughout our lives and violence is no longer a domestic or family problem, since at present it is a problem that affects the whole society, so from the institutions and administrations we have that put a stop to this scourge and promote the necessary changes so that equality is real and effective.

Social awareness is essential to eradicate practices and behaviors of inequality. The elimination of sexist languages, the non-use of women as objects, the empowerment of women and the education of children in equality are basic tasks of a council of Equality.

Since 2015 the City of Cambados has an own and economically independent council to defend the role of women, equality and gender non-violence throughout the municipality. We have the support of the Women’s Information Center of the Mancomunidad del Salnés that has an equality agent, a psychologist and a lawyer to support women who need it, and their own and municipal personnel such as social workers and the family educator with personalized attention to all those people who need social services that we can offer from the City Council.

There are many activities and achievements that were achieved in this short period of time: the Equality Plan of the City of Cambados, a protocol of harassment, the I joint inter-institutional table of Galicia against gender violence, pictograms in all facilities municipal and sports to promote social inclusion, the I Symposium of Lesbians, Gays, Transsexuals, Bisexuals and Intersex in Galicia, women’s empowerment activities, symposiums of women entrepreneurs, self-esteem workshops, self-defense classes for women, awareness activities and of equality in schools and institutes, celebration of the day of the girl child (in recognition of rights that girls do not have in other countries of the world such as the right to go to school, not to be mutilated genitally, not to be married during their childhood …), support groups for women victims of gender violence, and a host of other activities that were carried out in these last two years and many others that are in the preparation phase to implement throughout the next.

THE CIM: CENTER OF INFORMATION FOR WOMEN

The CIM in Cambados is united, has an Information Center for Women that pursues the search for equal opportunities between men and women, the eradication of discrimination based on sex, and the prevention of gender violence.

Within the CIM are carried out among others:

Notices (clic here to view all)